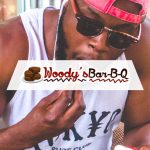 Takeaway food has many names, but it essentially means to pay for a product or meal to be eaten elsewhere. It is an old concept that has gained popularity for centuries, and today we introduce its evolution in time. Here, we will show you everything about the takeaway food industry.

The act of buying food to be eaten elsewhere is pretty old. In Medieval Europe, sellers at the markets sold takeout food. While in the American colonial period, it was common to see street vendors selling pepper pot soup. However, these were banned in New York.

During the industrial revolution, in the first years of the 20th-century, fish and chips were the most established food sold in Britain. Since the industrial workers had a poor diet, the popular burger came to America providing important ingredients to their meals.

Nowadays you can purchase takeaway meals at any restaurant that also serves sit-down table service. This allows restaurant owners to reduce costs of host and servers, and at the same time benefits the consumers by having their meals served quickly.

With the number of restaurants that offer takeaway options, the street food business has decreased in time, in part because of the new laws related to health and safety. Nonetheless, it is still popular in some parts of Asia, South America, Africa, and the Middle East.

America was the first to incorporate drive-thru in their restaurants, as it allows the consumer to order, pay for, and receive their order without even leaving the car. McDonald’s was the most famous franchise in placing the system, having 31% of sales thanks to drive-thru by 1990.

Today, restaurants have the chance of subscribing to an external company that can deliver their meals for it, such as Uber Eats, Glovo, and Doordash, among others. The idea comes in an app that can be downloaded by any smartphone user.

Packing a takeaway meal can be comfortable and convenient. That’s why when thinking about the environment, many disposable packages are often recycled. It is the only way of keeping the planet clean, as many countries have learned to reduce the use of plastic bags and foam containers.

Takeaway food came to revolutionize the restaurant industry since it has boosted growth in the economy in all countries and continents. Takeaway food has evolved and is now a mandatory service in almost any restaurant. However, it is important to remain aware of the disposable packages we consume to reduce garbage in the world.

« Is All Takeaway Foods Unhealthy?
Why Invest In A BBQ Franchise »

566 thoughts on “All You Should Know About the Takeaway Industry”